Every once in a while I’ll stumble on a collection of things that articulates a sensibility (my sensibility?) so comprehensively and surprisingly that I have to know more.

I recently got a notice that C418–the German producer of the soundtrack for the videogame Minecraft—was releasing a new album. I own the Minecraft soundtrack on vinyl because I like the music, but also because I got a kick out of the trend for painstakingly packaged physical releases of these born-digital compositions that got under way a few years ago. I would have let this one pass me by because I just bought several new records a few days ago, but I saw the @ghostramp account post about it on Twitter mentioning a label I’d never heard of, so I followed up.

It’s on a label I’d never heard of: Driftless Recordings.1 I was expecting more videogame music. There is none. I scrolled down the list of records not recognizing anything, and then saw that they had a Hayden Pedigo record as an early release. And an ambient compilation produced for Moogfest. Videogame music composers and 12-string guitar instrumentals on the same label? I am intrigued.

And then there is this righteous album artwork by Brian Blomerth: 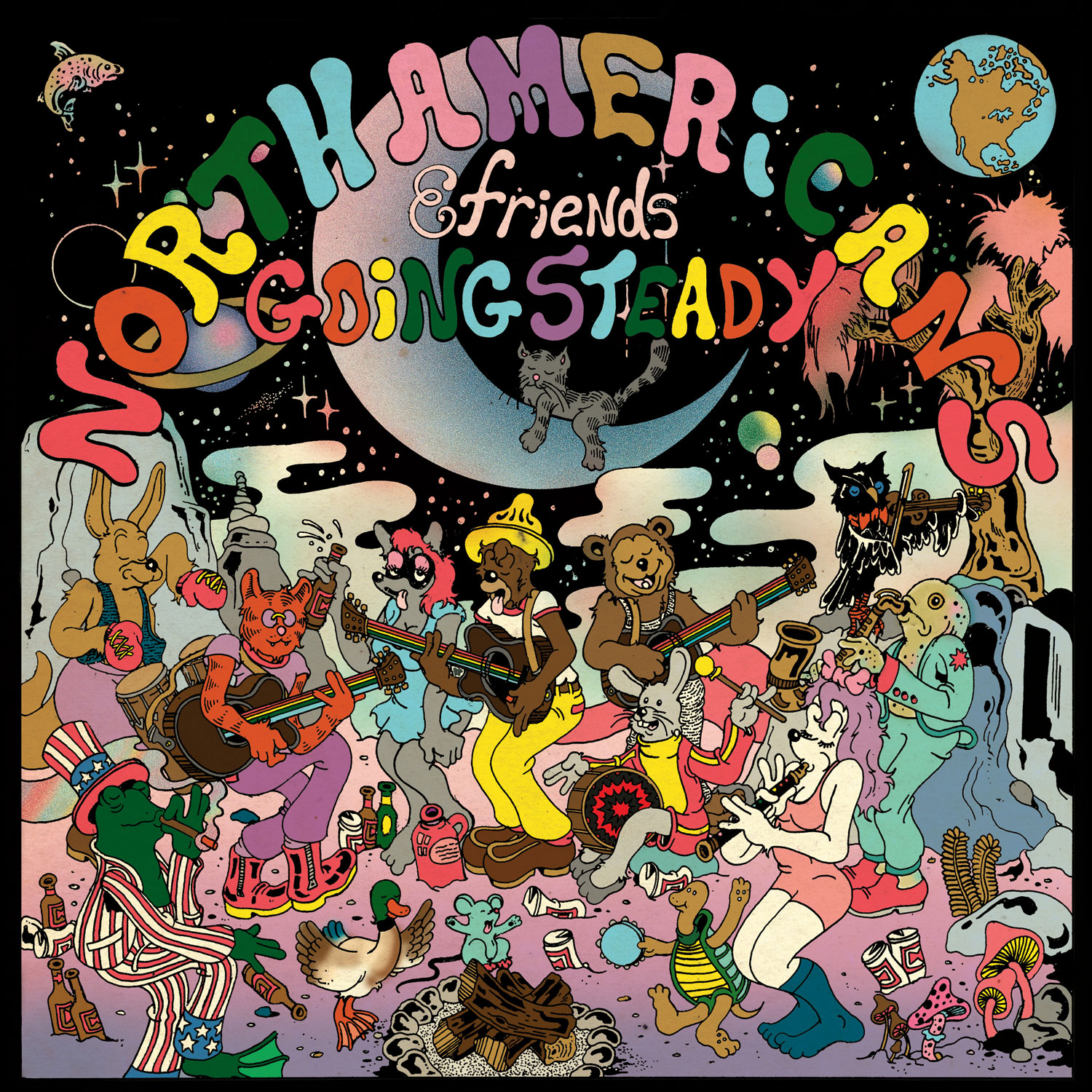 for a band called North Americans I have also never heard of.2 So I watch the video I had initially scrolled past.

And it is so great. More guitar instrumentals. More ambience. Whistling. Julianna Barwick plays synth elsewhere on the record according to the review in Tiny Mix Tapes. It’s a cascade of more things I’m into that I previously didn’t know.

I get bummed out about algorithmic smoothing of taste and aesthetics, particularly online. I get bummed out about the way that online forms box in the expression of identity by forcing the self to be shared in a way that fits the data expectations of a particular platform or piece of software. And then, every once in a while, the Internet still throws up something that doesn’t make much sense as anything other than itself. This collection of stuff was that for me yesterday, and it was a blast.

When you buy stuff on their store, you can throw in a mystery record for another $5. I did. Can it be possible I won’t be into it?